Six films and six documentaries in 2019. 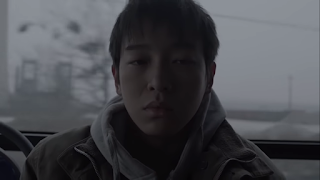 LONG DAY'S JOURNEY INTO NIGHT: As soon as I stopped trying to follow the story, and think linearly, I loved it. Bi Gan is trying to do something new in filmmaking. Like Bo Hu, he was Chinese and 29 when he made this, though he lives to tell the tale. The theater scene and title card were particularly amazing.

TRIPLE FRONTIER: A macho study of the male ego executed perfectly by J.C. Chandor and a great cast. Chandor is a real talent, looking forward to what he does next.

UNCUT GEMS: More madcap adventures through the streets of NYC from the Safdie Bros, this one perhaps their most thrillingly intense.

LUCE: A engrossing story about expectation and minority experience, revolving around one of the more complex and intriguing characters in any film this year. 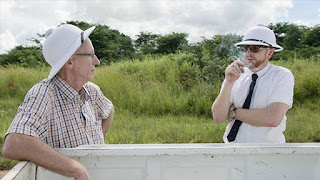 COLD CASE HAMMARSKJOLD: A gruesome reality is revealed in this captivating trip through the halls of an almost unbelievable conspiracy. A truly fascinating documentary.

LEAVING NEVERLAND: Very hard to watch these two men coming to terms and grappling with going public about the abuse. Complicated, sad, compelling, heroic. The final nail in the coffin of Michael Jackson’s personal legacy.

SEA OF SHADOWS: The folly of human ego is on full display in this National Geographic documentary on the totoaba fish trade in the Sea of Cortez. Great footage; tragic and sad.

THE AMAZING JOHNATHAN DOCUMENTARY: A dying magician wills a class A documentary into his life that manages to make poignant commentary on art, the nature of reality and methamphetamine.

ELVIS PRESLEY THE SEARCHER: Enlightening deep dive into the life and mind of a pioneer. Skews drug/food addiction for a focus on his musical inspirations and achievements. Refreshing.

ABDUCTED IN PLAIN SIGHT: A set of abominable parents feed their daughter knowingly to a peado to protect their reputations; a crazy, wild, often genuinely shocking story featuring some of the worst people I’ve come across in a documentary in quite some time.
Posted by Signs of Life at 9:42 PM